Estonia is a Northern European country that has suffered more than its fair share of occupation. Centuries ago, Estonia had to deal with rule by the Danish, then the Swedish, and—more recently—the Soviet Union. However, despite these challenges, Estonia has thrived and came into its own as an independent, democratic country. The most extraordinary thing about Estonia is its grasp of technology. When it comes to Internet access, Estonia is one of the most connected countries in the world, and its education is also top-notch.

When we were kids, just about all of us probably used a swing-set at some point. They are at found in most public parks and are a pretty ubiquitous part of everyone’s childhood. However, in Estonia, swinging is much more than just something children do to pass the time. As children, we probably all tried to swing over the bars at some point, and found it was pretty much impossible, due to the design of our swing-sets. We would compromise by simply getting really high and then seeing how far we could leap out.
The Estonians, however, were not to be deterred from flipping all the way over their swings. Being a huge fan of swing-sets, one Estonian invented a new sport that has become quite popular. Essentially, he built a better frame, designed solely for the purpose of going all the way over the bars—and doing so is basically the entire point of the sport. It is extreme, insane, and incredibly cool. 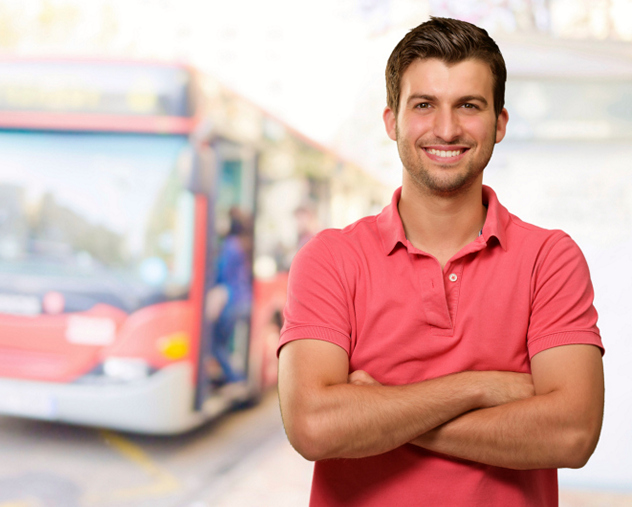 In Estonia’s capital city of Tallinn, the local political leadership came up with a genius idea that would make everyone happy. Just like in any city in the world, some of the citizens are poor. Also, removing cars from the roads is generally seen as good for the environment. The mayor of Tallinn figured he could kill two birds with one stone, and offeredfree public transportation to anyone who is a registered resident of his city.

The plan is genius: Despite the costs to the city for providing the initial transport, it also means more people register as residents. This, in turn, means more tax revenue for Tallinn’s administration. Not only that, but—because people can move so freely and cheaply around the city—it appears the program, at least initially, is actually improving the business of local shop owners. Due to the program, more people are using public transport and fewer cars are on the road, so the environment wins too.

For those of you who aren’t aware (especially if you don’t live in Europe), there is an annual entertainment event, known as the Eurovision Song Contest. Countries from all over Europe send in their best song for the televised competition, and it is often a launching pad for musicians’ future careers. Back in 2001, Estoniasurprised pretty much everyone by taking the win with the song “Everybody,” which was sung by Dave Benton and Tanel Padar.

This made history, because no other black performer had ever won the Eurovision Song Contest. Some songs are so popular with record executives that contracts are written up and signed before the contest is over. Yet, that was not the case with “Everybody.” It seems even Estonians didn’t really expect to win; they just struck gold with a really good song. 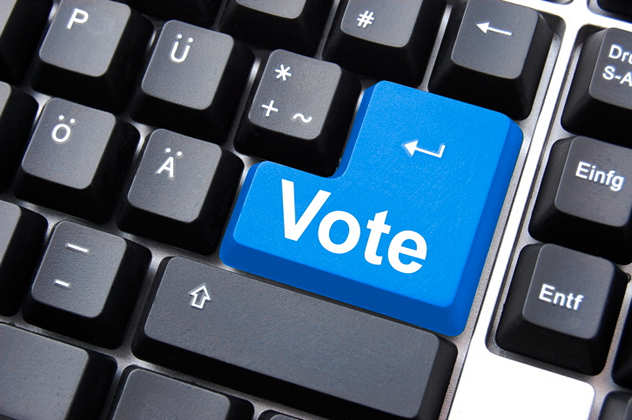 While many countries are still debating the concept of online voting due to security concerns, Estonia has already been at it since 2005. Estonia is a very tech-savvy country, with most classrooms and homes having an Internet connection. For the sake of convenience, then, Estonians decided to automate voting.

The most obvious concern with such a system is that it might be hacked, installing a candidate against the will of the people. However, despite such possibilities, it seems the Estonian system has avoided fraud thus far, and people are pretty happy with it. And, so far, they have every reason to be pleased with the system. The Estonian government issues all citizens unique pins and logins for online government services, so they already have a secure infrastructure in place. Clearly, Estonians are early adopters of this technology, and—despite its flaws—it will likely be the way of the future. 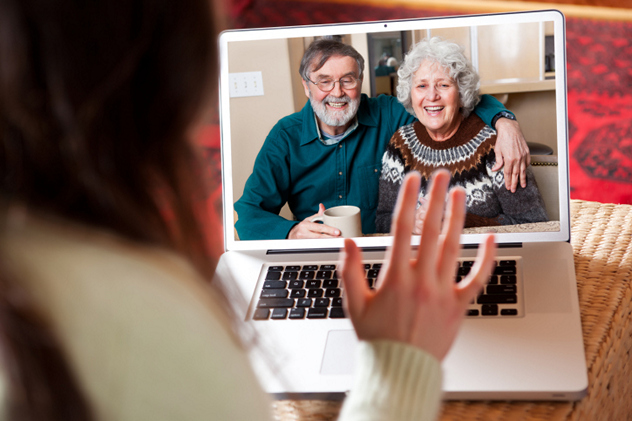 As we mentioned, Estonian people are pretty quick when it comes to understanding computers, and are usually on the cutting edge of technology. Back in the early days of the Internet, there was another file-sharing service that emerged in the waning days of Napster. This service was called Kazaa, and it was actually designed by Estonians, who ended up selling the rights to the product they had created.

Years later, it was again Estonian programmers that took what Kaaza had done for file-sharing, but arrived at a genius idea of mixing it with voice calling. This meant people could make practically free calls, voice or otherwise, as long as they had an Internet connection. A technological revolution was born. While there are similar services now, Skype is still the original, and a source of national pride for Estonians. 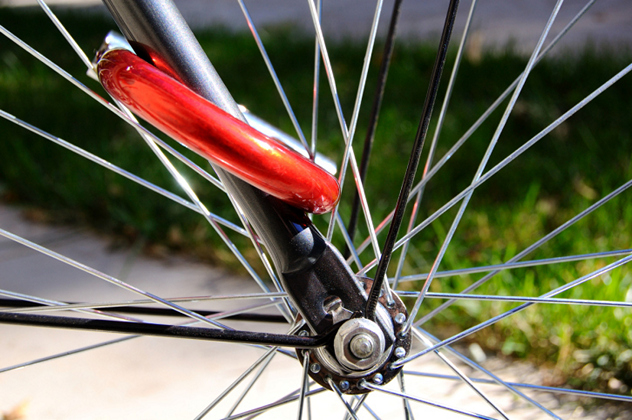 Estonia is pretty concerned with keeping their roads safe. While Estonians drink, just like anywhere else in the world they won’t allow you to drive with any alcohol in your system. However, due to Estonia spending a lot of time in darkness, the authorities are often worried about pedestrians getting hit by vehicles. To avoid this, it is actually the law in Estonia that—whether you are biking or just walking—you must have safety reflectors attached, to make sure that people can see you.

Estonia expects responsibility from pedestrians, and you can be fined quite a bit if you don’t have your reflectors. Unfortunately, oftentimes tourists aren’t fully aware of this requirement, which can put them at risk of more than just fines, if they aren’t watching for vehicles. 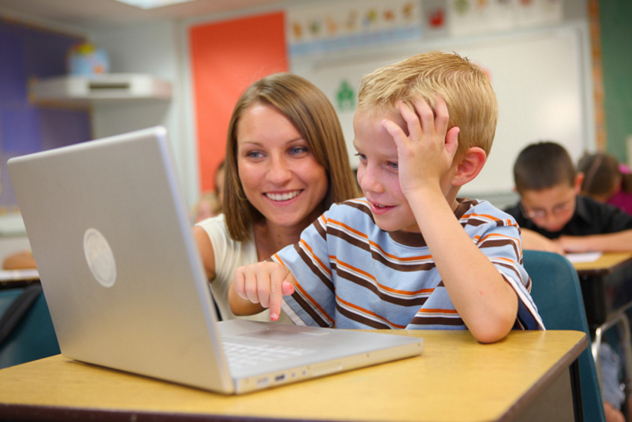 Estonia is known for being one of the most linked-up countries, when it comes to Internet connections. Most of the population has access to the Internet at home, and if not, they probably use it at school. Estonians are usually ahead of the curve when it comes to technology, and part of that is due to their enterprising spirit. Estonians believe that creating a better relationship with technology at a younger age will help people interact with it better.

This has led to the creation of a new program, intended to start teaching kids the skills necessary for programming while they are still in the first grade. Now mind you, they aren’t going to tell a kid to design a program at the age of six, but they can start teaching them the foundations they will need. This can-do approach to education has been very successful for Estonia, considering they have one of the highest literacy rates in the world. For Estonian adults, the literacy rate is just shy of 100 percent. 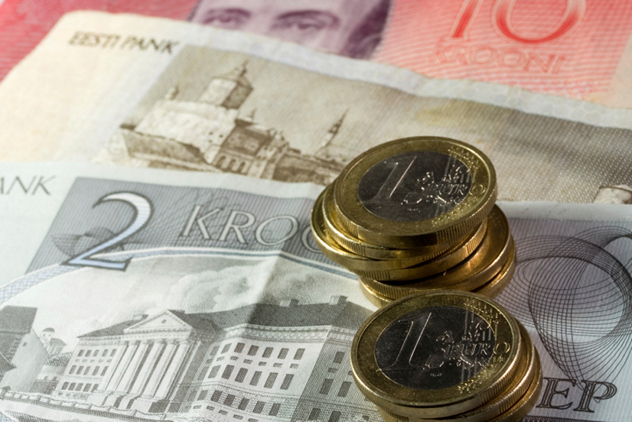 The Estonian government was the first in Europe to put a flat tax system into practice. For a long time, certain economists have touted flat tax as the perfect system, but it was only recently that we got to see how it would turn out in reality. While Estonia is a fairly small sample, the results have been pretty good so far. However, many countries that adopted a flat tax after Estonia, have not done very well in the economic crisis, and they have now switched their tax systemsback.

Estonia, on the other hand, believes that the flat tax is still the best system, and Estonian economy has recovered from the crisis. Of course, Estonians weren’t able to accomplish this by simply letting the system do its work. To begin ameliorating the effects of the crisis, the Estonian government increased the value added tax, and also used the good old-fashioned tactic of drawing the purse strings tighter.

Every single year, several European countries get together for a rather strange sport, called “wife-carrying.” The sport sounds pretty odd, and it is exactly as odd as it sounds. The idea is that the male contestants actually carry their wives or girlfriends, and try to get the best time possible on the course. Some people claim that the roots of the game have to do with an old gang initiation, where men would carry off someone else’s wives.

Whatever the origins, the couples have a lot of fun playing the game, and Estonians are pretty much the best at it. This can be illustrated by the simple fact that the go-to way to carry your wife is called the “Estonian” method; this method basically involves the woman using her legs to grip onto the man’s neck, and hanging over his back like a prize catch. The record for the fastest time ever is still credited to an Estonian couple, who made the run through the obstacle course in 55.5 seconds. 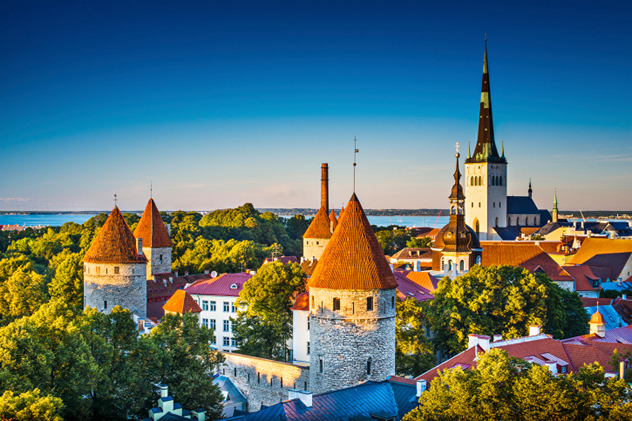 By far the best tourist attraction in Estonia, however, is the Old Town portion of the capital city of Tallinn. While much of the old medieval architecture in Europe was lost, a large portion of the structures and streets in the Old Town are remarkably well preserved. The Old Town sector is under the aegis of the UNESCOWorld Heritage Center. This town is a better-kept example of old architecture and roads than anywhere else in Europe, and has an atmosphere unlike anywhere in the world.

The town square is often alive with festivals or other activities, and you will find many different old churches and other interesting old buildings. The Old Town is not just a tourist attraction that closes down at night—it is a truly living, breathing place. The medieval Old Town in Tallinn is truly a place where the past and the future intersect.

Get latest news about us directly in your inbox. We will never spam, Promise.